If anyone is interested, a Space Camp California Right Stuff Award is up for sale!

It's too rich for my blood, but someone here might like it! It's certainly a rarified Space Camp item! 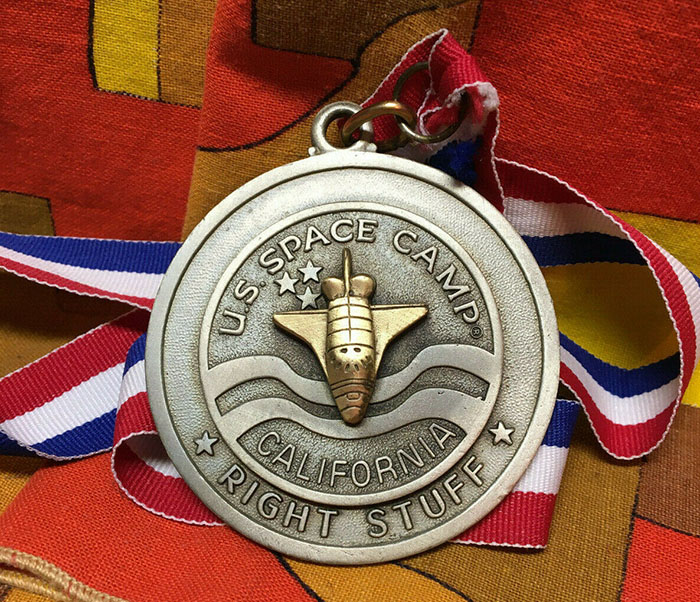 I saw that when I first got listed, and though it's not terribly expensive, it's more than I do want to pay for one. I've only ever seen this one, and one for the Florida camp, show up on eBay. I nabbed the Florida one, a few years back.
Never have I seen a Huntsville one for sale anywhere.
Skidmark
Space Academy: 2012, 2013 and 2014
Advanced Space Academy: 2016 and 2018
Undefeated for winning mission patch designs!
Official Space Camp Ambassador
Top

I'm unsure if it's always "earned." Popularity contest, biggest sob story, best made for TV movie, participation award, etc. We all have different perceptions. Easier to give out Wrong Stuff awards...

I was curious if any USSRC Hall of Famers received the Right Stuff Award when they attended camp.. and if so, which of the astronauts received it. A quick search of their bios show only 2 and none of the astronauts. Of course, someone could have received it and their bio failed to include it. Yet I would think that the USSRC would want that included, you know, as a predictor of future success.
"I wanted to be humble, never arrogant, which is a trait astronauts despise." Mike Massimino
Top

I, too, have been unimpressed with awardees of this reward that I have seen over the years.
As for a list of those who have been awarded it, I really don't think they ever kept records of this kind of stuff.
And as for the people awarded it, I went to a antique store near the old railroad station Museum in Huntsville the last time I was there in the area, and the lady running the place told me she once found a right stuff award in a trash can at the Huntsville Airport. She had it for sale in the store, for a very long time, before someone bought it.
I'd always wondered how much they were actually meant to most of the people who are given it.
Skidmark
Space Academy: 2012, 2013 and 2014
Advanced Space Academy: 2016 and 2018
Undefeated for winning mission patch designs!
Official Space Camp Ambassador
Top
Post Reply
5 posts • Page 1 of 1