The author of this blog series, affectionately named 'Sims' was part of our team last week. (I love the guy to pieces.) The blog about his adventures will be published over the coming weeks; this is just the start of it. The photos he sent us yesterday and today of his tour of JSC had me in tears, it was so beautiful. Keep checking back for his tales of Space Camp and other things the rest of us can only dream of.
- Jennifer -
Youth ASA 6-Day 1998 1999
Adult ASA 8-Day 2004; Alumni 2007, CSC 2013, 2015, 2017
Top

I'm really jazzed about it! That's Sims up front and center: 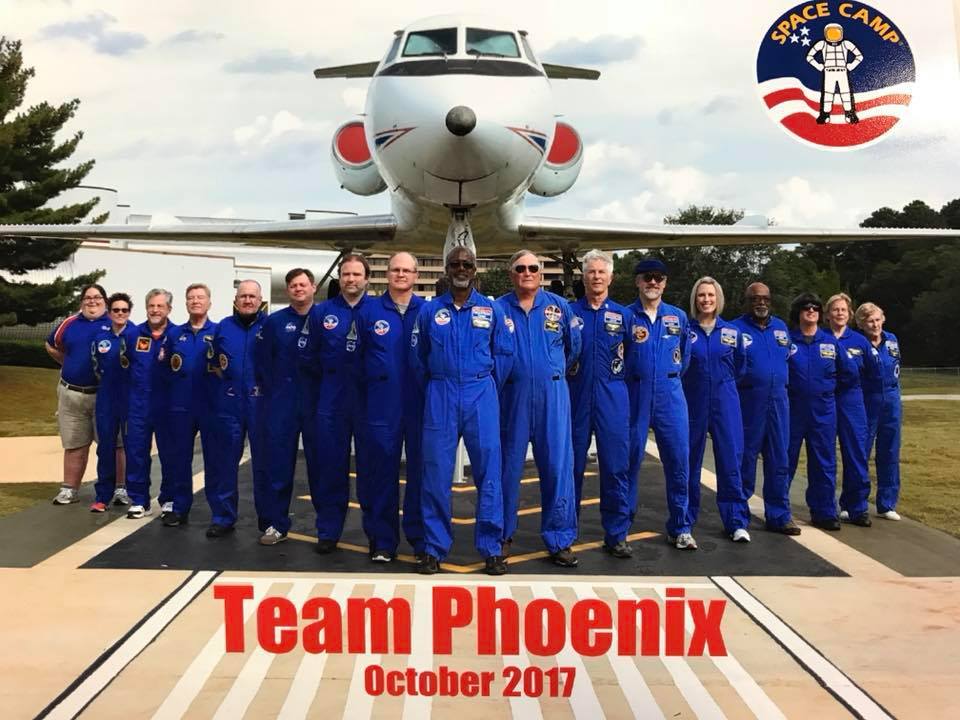 Incidentally, that's a great team photo! I love how the STA looks like it has a little grin.

Just got back from Family Camp and our team photo was in front of the LM mockup in the Davidson Center. I much would've preferred this one.
Ad astra per aspera.
Top

I checked a few times and never saw the rest of Sims' blog posts. If someone here has them, could they please add links? I will try to email Sims when I get home.