by Vincent
I recently got hold of a pair of wings from Space Camp Canada.

Artifacts from our friends in the Great White North are few and far between. I wonder if these are current or they've changed designs.

by Hotdog
If only the shield were shaped like a Maple Leaf.

by Vincent
That would be fantastic!

by p51
That's one of two types of SC wings I still don't have. You're right on how rare they are...

Hotdog wrote:If only the shield were shaped like a Maple Leaf.

Yeah, isn't there a law there that everything in Canada has to have that?

by Vincent
There certainly should be!

Vincent wrote:There certainly should be!

My wife and I went to Victoria, British Columbia in May and had been in BC more than a few times before (I've been to every province but Alberta). It was funny to see tourists from the cruise ships walking around and I heard one say, "Why does everything have a maple leaf on it?" Someone with their group replied, "So people don't forget they're in Canada and not in the US."

But once it was said, they were right. It seemed like every business, publication and anything else had a maple leaf on it. Like another tourist said, "You wouldn't see so many references to the US flag in the States, even on the 4th of July," and that person was right.
No slam on Canada or it's fine residents. Goodness knows the US of A has plenty of stuff that people coming in must scratch their heads and wonder why...
Can you imagine what someone from another country would think after passing through Huntsville, unaware of the Space center, and encountering that interesting group of buildings and pointy things along Highway 565 just West of downtown? 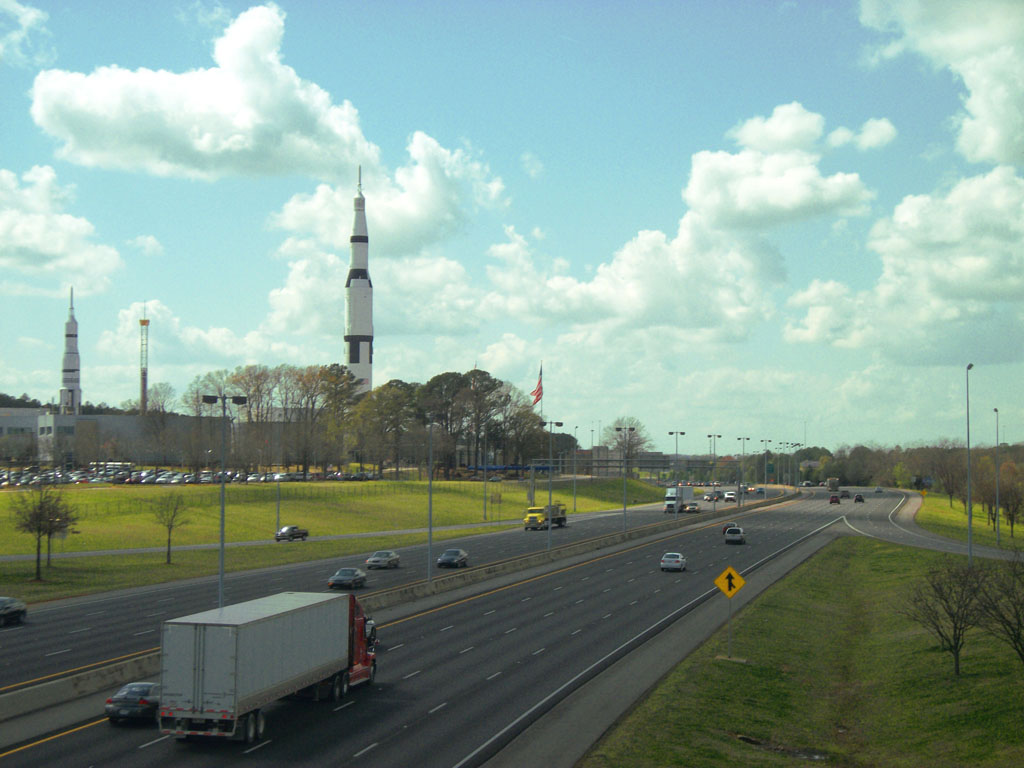 The maple leaf isn't everywhere here. I could look around the house and maybe find four or five of them on things. (Not including anything from Girl Guides.) Maybe I am not Canadian enough? Or I just don't live in a tourist town or anywhere remotely close to the American border. (I live in middle-of-nowhere-land Alberta.)

All that being said, I wish more Space Camp Spatiale Canada had more items out there. And I also wish they had a maple leaf on them.

I am forever grateful to the person here who sent me a Space Camp Spatiale Canada patch. A treasure I cherish. You know who you are. <3

by p51
Does anyone know much about the Canadian Space Camp? There's hardly any mention of it that I can find anywhere.
It'd make for a good chapter of what I hope will be a good book on the history of SC to come out someday...

SpaceCanada wrote:The maple leaf isn't everywhere here.
Maybe I am not Canadian enough? Or I just don't live in a tourist town or anywhere remotely close to the American border. (I live in middle-of-nowhere-land Alberta.)

That'd make sense. Almost every Canadian town I've ever been was pretty close to the US border.

p51 wrote:Does anyone know much about the Canadian Space Camp?

I know quite a bit about it, though I have never been there. I helped a local school set up a program to send kids there every year. I also helped a student group get to Space Camp Canada a few years ago when their travel agent went bunk and left the kids without a trip. Space Camp Spatiale Canada doesn't offer enough in the way of older teen or adult programming to lure me over there. (It was them who referred to me to Space Camp in Huntsville for my first trip.) Flight costs to Ottawa/Laval are comparable to flying to Huntsville for me.

Space Camp Spatiale Canada is located in the Cosmodôme science centre in Laval, Québec - very close to Ottawa, Ontario. They offer week-long (6-day) programs very similar to that of Space Camp and Space Academy in Huntsville. Weekend 3-day camps are also available, much like adult academy, only for kids. Their primary language is French, with English programming also available throughout the year and for group bookings. They offer unique three-day camps too, which are great for kids who aren't sure if they would enjoy the full week, tourists, those on lower budgets, etc. Their biggest camp is a day camp in the summer, which is a week long without overnights. Similar programming throughout.

Word has it they are venturing into Mars missions in the near future, though I'm not sure what those will look like. I haven't heard anything but rumours thus far.

Their orbiter simulator is just a cockpit. Their lodging is sort of 80s futuristic space style, with dorm rooms and bunks similar to Hab 1.

Here's a photo of their training floor: 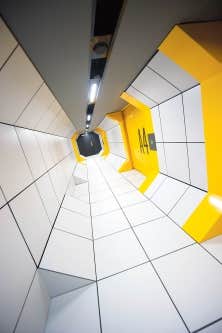 I hope to visit there someday... but Huntsville has more to offer for adults, making it the more appealing option.
All times are UTC-05:00
Page 1 of 1